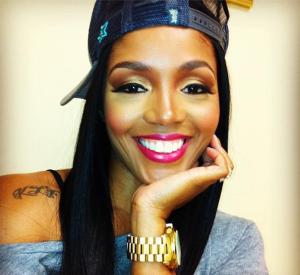 Rasheeda played a prominent role in the first season of “Love & Hip Hop Atlanta,” as many questioned her decisions. Through it all, Rasheeda’s fan base supported her and the series helped to revive her career. Since the end of the first season, Rasheeda has made her media rounds, even speaking to Hip Hop Vibe.

Vlad TV has also had the fortune of speaking with Rasheeda. During the latest clip released from their interview, Rasheeda spoke on how she felt about the way she was portrayed. Rasheeda said she was relatively pleased with the way she was portrayed. Approving of the way her marriage was shown, the rapstress was not pleased with how she was viewed as the aggressor in her marriage.