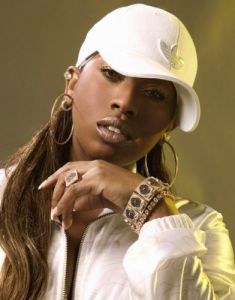 For the first time in seven years, Missy Elliott plans to release a new album. Several years ago, Missy Elliott attempted to stage a comeback. Ultimately, the timing was off, but she was a part of a legendary ladies’ anthem. Missy Elliott has been a part of many legendary anthems and movements over the course of her career.

Regardless of how many years pass, Missy Elliott still misses her dear friend, Aaliyah. Eleven years ago, Aaliyah died in a plane crash. One of the most-creative R&B artists in history, Aaliyah is still missed by most. In the year of 2012, Aaliyah is back in the headlines, as Drake is producing her posthumous album.

Missy Elliott returns to a very different hip hop game than the one she left in 2005. The female game rapidly declined and Nicki Minaj has emerged as the biggest star. Lil’ Kim, an old friend and Missy collaborator, has made her issues with Nicki headline news. Earlier this week, Missy spoke to Sway Calloway on MTV’s “RapFix Live,” about Aaliyah and the feud between Lil’ Kim and Nicki Minaj.

Watch both videos below: