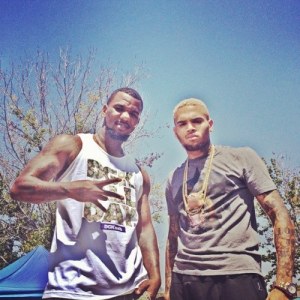 Early this year, Game announced he had a new album in the works. Game announced his new project only weeks after “The City” was released as an official single. The album was initially named F.I.V.E. Months passed and several artists honored their fifth releases, leading Game to change the album title to Jesus Piece.

The first single off Jesus Piece leaked close to a month ago. Titled “Celebration,” Game linked up with four of 2012’s biggest artists. “Celebration,” an ode to the party life, features Chris Brown, Tyga, Wiz Khalifa, and Lil Wayne. Upon being released, the song immediately caught on with fans.

On Monday, Game released the official video for “Celebration.” Having an actual cookout/party in the video, “Celebration” has been well-received, once again. Due to the reaction of “Celebration,” all across the board, Hip Hop Vibe has named the music video “HHV Video of the Week.”