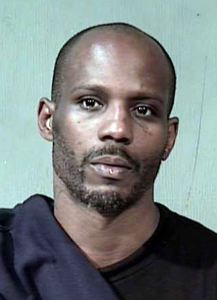 Fresh off the release of Undisputed, DMX now takes the role of the veteran in the rap game. The current leaders of the rap game are Rick Ross, Drake, and Lil Wayne. Each time DMX has been asked about this trio, he has said he is unimpressed. Quickly, the least-favorite artist of DMX is the popular Drake.

Over the past few months, DMX has made it clear he is not a fan of Drake. Out of respect to the veteran, Drake has refrained from directly replying to him. Drake has caught the bad side of several veterans. Ludacris ended up subliminally dissing both Drake and Big Sean over their claims over the “okie-doke flow.”

DMX recently appeared on Shade 45 and he discussed the Drake feud. DJ Whoo Kid recently interviewed DMX and he spoke on Drake producing the posthumous Aaliyah album. Years ago, X also discussed a gospel album. Recently, DMX spoke on the Drake feud and even mentioned the gospel album, saying it was still on.