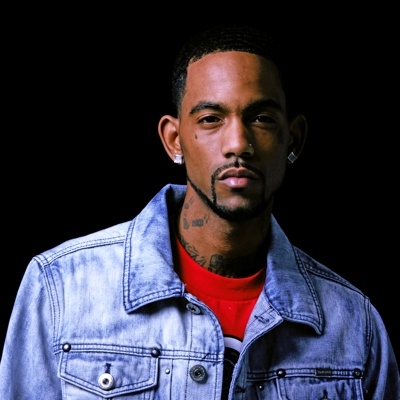 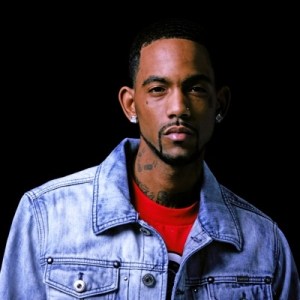 When many think of Los Angeles hip hop, they think of the legends, such as Dr. Dre and Ice Cube. Younger fans may point to Game and The Black Wall Street movement. Meanwhile, current fans will mention Kendrick Lamar, ScHoolboy Q, and the TDE movement. But, those in Los Angeles will definitely say DUBB.

DUBB has worked with The Black Wall Street and TDE. Over the past few years, he has become one of the top mixtape rappers in Los Angeles. While he exhibits the classic West Coast style, DUBB has national appeal. All over the United States, DUBB has an underground following, which is swelling, releasing The Layover back in July.

Unlike in the days of NWA, and later Death Row Records, there is peace between the coasts. DUBB has strong ties to the Coke Boys, such as K-Dog, who is the manager of Coke Boy Brock and Droop Pop. Making inroads on the East Coast has also contributed to the rising success of DUBB. It was the connection with K-Dog, which led to this interview.

Those on the West Coast are quick to say DUBB is the next to blow. DUBB recently spoke to Hip Hop Vibe about his rise to fame. Hip Hop Vibe would also talk to DUBB about his mixtape success. Coming from the same city as hip hop royalty, DUBB also discussed his native city, Los Angeles, the City of Angels.

Many people say you are the next big thing, how do you feel about that? I’m humbled by those who feel that way. It means a lot to me. People don’t see how hard I work in the studio, because I don’t put it on film. I don’t put out what I do, I am strict on what I film. But, I guess people can see through the music I put out how hard I work.

Can you tell us about the hard work that has gone into your success, so far? Hard work? Shit, hard work is the long nights in the studio, followed by the video shoots, the interview, and then doing a workout. All of the working out goes with the mental part, training yourself. Working on music, it is the stuff that comes along with the music that gets you farther with what you are doing. You can record all day, but you have to do much more than simply recording. Everything goes along with furthering the music, so this is what I do every day.

Given your numbers on the internet, would you call yourself a viral sensation? I wouldn’t go that far (laughs). Viral sensations tend to land multimillion dollar deals. My numbers are cool, but truthfully, I want to see triple the numbers I am doing right now. Given the music I’m making, I should be getting more views. Right now, the music is focused on ignorant and fun stuff, avoiding hearing about real life. All of my music is about real life. I am not a viral sensation just yet, but hopefully all of my views come up.

Today, you are shooting the “6 Months” video, correct? Yeah, I will be shooting that in a couple of hours. This is the hard work, doing the interviews, working in the studio, and then shooting a video. But, this is how you have to do it, running on “E” with an imaginary gas take on “Full.”

“6 Months” is taken from The Layover mixtape? Yes sir!

How would you compare “6 Months” to your previous singles? Really, the last song I put out was “Only Human,” as far as singles go. Because this is not an album, these are not singles. We just shoot videos for the songs that receive the best reaction. After seeing the fan reaction for certain singles. Sometimes, we don’t even do videos for our personal favorites, we just let the streets talk. The females love “6 Months,” so we decided to shoot it. “Drive Slow” has also been well-received by the females.

What was it like growing up in Los Angeles, not the one everyone sees on television? (Laughs). I get this question a lot. When people ask me this, I always say it is just like growing up anywhere else. You are a product of your environment, but you also have free will. I have a lot of things going on in my life, but it does not reflect into my music. All portions of my life are separated. But, as far as growing up in Los Angeles, a lot of things went on in my life that could have led to me not being here today, but I am, and I love my city.

Los Angeles is back in the spotlight, how do you feel about that? I mean, I feel like we always had talent. As far as being back in the spotlight, the music industry is based on regions. The South was hot a few years ago and before that, it was the East Coast. Every five to ten years, it shifts. Now, it is back on us, we were just overlooked for so long. We were typecast as simply being gangsta rappers. There are people out here making real music and they know they are. All the attention we are getting, we have deserved it for some time and I’m glad we are.

Would you compare this era of Los Angeles hip hop to that of the NWA era? No. I wouldn’t because we do have success in a certain sense, but we don’t because nobody is going crazy in the streets. A lot of people have big names, but no one has put out an official album yet. There are a lot of mixtapes, EPs, and street albums, but no official releases and no one is doing numbers. During the days of NWA, those guys were doing numbers. I would not disrespect the legends like Snoop and Dre by comparing us. The potential is there, I will say that.

What other projects do you have in the works? I’m just recording man. Usually, when I do a project, I put my mind on a certain project. But, right now, I am just working off inspiration. If I am doing a song, I am doing a song. It is all about recording right now. But, if I check my laptop and I have over thirty songs, I might put a project together. My focus right now is putting out singles. I put out projects and they are not doing the numbers I really would like. Instead of putting out twenty songs for fifteen to be overlooked, my focus is back on making individual songs. So, the focus is on putting out actual projects again. We will see how it works out.