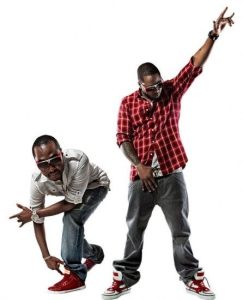 When Philadelphia re-emerged as one of the biggest homes of hip hop stars, the Young Gunz were right there in the mix. Meek Mill led this wave, getting signed by Rick Ross to Maybach Music. As soon as Meek Mill rose to stardom, he featured Young Chris on his standout single, “House Party.”

As 2012 moved into full swing, Young Chris continued popping up on several records, including Beanie Sigel’s This Time album. Neef Buck has also been making moves and, alongside Young Chris, appeared at the Made in America festival. For the first time in years, fans saw the old Roc-A-Fella Records interacting with each other.

During their interview with Elite Money Empire, however, the Young Gunz made it known that they often talk to Jay-Z, Memphis Bleek, Freeway, and Beanie Sigel. Young Chris went on to discuss his street project, which features Yo Gotti and Kelly Rowland, along with many others.