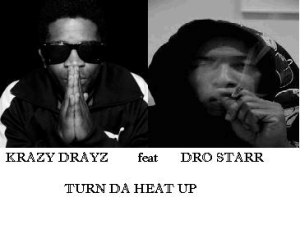 Two legendary members of two legendary hip hop groups have combined forces for one track. Das EFX’s Krazy Drayz and Onyx’s Fredro Starr have united for “Turn Da Heat Up.” Currently, Krazy Drayz has a mixtape in the works, along with his new album, Showtime. As these projects await, Krazy Drayz releases his latest single, which features Fredro Starr.

Listen to “Turn Da Heat Up” by Krazy Drayz ft. Fredro Starr below: