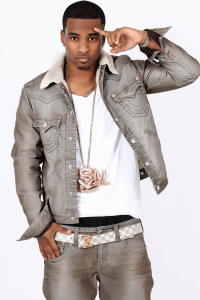 Many circumstances have contributed to Atlanta’s return to prominence in hip hop, however, a major factor was the 1017 Brick Squad movement. Gucci Mane re-christened his So Icey movement to Brick Squad and the rest was history. Waka Flocka Flame soon emerged as a star in his own right, launching Brick Squad Monopoly.

Brick Squad Monopoly has produced many mixtape stars, among them Yung Joey. Over the past few months, Yung Joey has watched his popularity grow. The Brick Squad Monopoly rapper recently released his mixtape, Along Came Molly. Working with many of the biggest names in the game, an entirely new audience has been introduced to Yung Joey, one of two Queens Brick Squad members.

Yung Joey recently gave Hip Hop Vibe a few minutes out of his busy schedule to speak with us. We discussed a number of topics. Among the main points of discussion was Along Came Molly, the collaborations on the mixtape, and Brick Squad.

Can you tell us about your Along Came Molly mixtape? That’s the hottest mixtape on the streets right now, I will start by saying that. This is my second mixtape, following The Sixth Man. It is a continuation of my first mixtape, which introduced my style. I have Waka Flocka Flame, Chinx Drugz, Fred the Godson, ScHoolboy Q, Frenchie, and more on the mixtape. Production comes from Mike WiLL, Jahlil Beats, as well as myself, I produced a track on the mixtape.

For those who do not know, can you explain the slang term, “Molly?”  Molly is a term used to explain a pure form of a popular party drug some people use, so I used it for the title of my project.

How did you go about selecting the guest features for the project? Actually, I just go with the flow. I ended up linking up with a few in the studio. I bumped into Fred the Godson backstage at Hot 97’s Summer Jam, we traded numbers. I emailed him the record, he emailed it back and then the track dropped. A few weeks later, the video, with Waka Flocka Flame, dropped. There is a mutual respect. Chinx Drugz came about, because the Coke Boys are our family, we always network.

What was it like working with Chinx Drugz? It’s like working with my brother. Outside of music, we kick it, so it was easy for us to get into the studio. Fuck yeah, he’s a good dude, he’s real, I’ve been around a lot of Hollywood types, so he was freshing.

Will you be working with the Coke Boys on future projects? Definitely. I got a record in the works with French Montana. Those are my homies over there.

How did you link up with ScHoolboy Q? That’s a crazy situation, my dude Mike WiLL linked us up. Mike WiLL is killing the production game right now, dominating Billboard. He has a strong relationship with ScHoolboy Q, so we chopped it up and put things together. We will be shooting the video for our record soon, too.

Do you feel it is important to collaborate with artists outside of your region? Definitely. I definitely feel it is important to collaborate with certain artists who will stand out on your records, because they have their own lane. Me, I also want to be a fan of their record before I collaborate. If not, I’d much rather work with myself. Going down South really helped me out, doing records with Gucci Mane, Alley Boy, and OJ Da Juiceman. Working with them brought out a different element in me, I started slurring my words a little bit.

What would you credit as the reason Brick Squad has been so successful? I don’t think we have reached our full potential yet. In my mind, we are there, yet not there. But, what has taken us so far is the strong leadership from Gucci Mane and Waka Flocka Flame. They are work-a-holics, the studio is like a factory when they record. We are always trying to keep up with them. They taught us how to hustle this game like you hustle in the streets. Keep the streets hot and know the market we are catering too. Just having that swag in an industry full of corny niggas and weirdos. We are all official, except for the suckers who are no longer down.

hould Brick Squad fans be on the lookout for? In the meantime, look out for Waka Flocka’s new mixtape, Salute Me or Shoot Me 4. Wooh Da Kid, Frenchie, and Gucci Mane also have new mixtapes out. We will continue with the mixtapes, but we are kicking things up a notch.