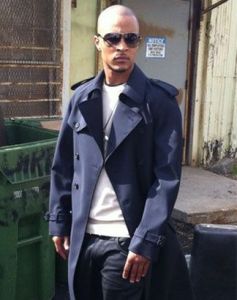 For well over a year, T.I. has been focused solely on his business and his music. T.I. has come full circle, appearing on BET’s “106 & Park.” The Atlanta rapper is nominated for the Sweet 16 at the 2012 BET Hip Hop Awards. During his recent appearance on “106 & Park,” T.I. spoke on his history with the BET Hip Hop Awards, announcing his sentence would be officially over.

However, T.I. hit the ground running in September 2012 and he has not looked back. B.o.B. has also enjoyed a surge since T.I. was released. T.I. spoke on his Trouble & Triumph book, a sequel to his 2011 book, Power & Beauty. In addition to speaking on his upcoming book, T.I. also announced a December 18 release date for Trouble Man, obviously delayed from the original September 4 release.

Kendrick Lamar – “Funkmaster Flex freestyle” [VIDEO]
Behind the Scenes: Akon ft. Yo Gotti – “We On”