Skip to content
You are here
Home > Video > Movies of Hip Hop: Scarface 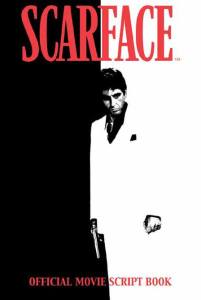 By any means necessary is a phrase used by many rappers and adapted by many hip hop fans. This phrase reaches new heights in the 1983 film, Scarface, which stars Al Pacino and Michelle Pfieffer. Pacino stars as the fictional Cuban imigrant, Tony Montana, who moves to Miami and takes over the drug trade. The fictional rise of Tony Montana has served as the inspiration for many of hip hop’s biggest stars.

Beginning the film one of many immigrants, Tony Montana was afforded the luxury of meeting powerful people, whom he would impress. Impressed with the work of Tony Montana, it was only a matter of time before he toppled the former crime boss, marrying his girlfriend along the way. Taking “the world and everything in it,” many rappers have admitted their admiration for Tony Montana.

Trick Daddy, Fat Joe, Game, Nas, and famously Future are among the rappers who have admitted Scarface is a favorite film of theirs. In the Roc-A-Fella classic film, Paid in Full, Scarface is referenced. While the film does not feature any rappers and has no hip hop soundtrack, it follows the trend of most rappers. Most of the biggest rappers have risen from the bottom to wealth and fame.

Few films have had the impact Scarface has had on hip hop.

Watch the “Push it to the Limit” scene from Scarface below:

Watch “Tony Montana” by Future below:

Watch “Push it to the Limit” by Rick Ross below: