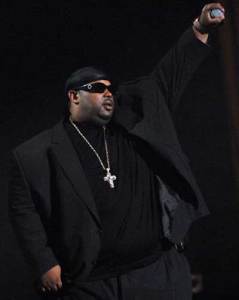 In recent months, Sauce Money has returned to the hip hop world, releasing several new songs and collaborating with many artists. Most primarily know Sauce Money for his appearances on Jay-Z’s debut album, Reasonable Doubt. However, Sauce Money had a solid following of his own, outside of his work with Jay-Z.

Nearly two decades after Reasonable Doubt, Sauce Money still commands respect in the hip hop world, as he is considered a legend by many. While Sauce Money lacked commercial appeal, but has a legendary status, the complete opposite can be said for Mase. At the peak of his career, Mase retired to become a pastor, moving to Atlanta, only to return five years later.

During his interview with Forbez DVD, Sauce Money would speak on Mase. For the most part, he had nothing but nice things to say about the former Bad Boy Records star. While he praised his personality and his old work, Sauce Money revealed he has no respect for Mase, over his on/off career as a pastor. Because of those actions, Sauce Money referred to Mase as a “scumbag.”