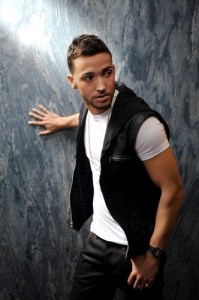 Earlier this summer, Tyga announced he would be headlining MTV Jams’ “Closer to My Dreams” tour. One of the first artists announced to be on the tour was Ca$h Out. Since February, the Atlanta rapper has enjoyed much success. After rising to fame with “Cashin’ Out,” Ca$h Out has been performing non-stop since early in the year, thus making it difficult for him to tour.

With Ca$h Out not being a part of the tour, it opened the door for other artists to be considered for the upcoming tour. JRand, of Poe Boy Music Group, was recently added to the tour. The rising artist will be featured on the tour alongside Kirko Bangz and Iggy Azalea. As the “Closer to My Dreams” tour is set to begin, the anticipation builds.

The “Closer to My Dreams” tour is set to begin on September 15 in Detroit. Following the Detroit date, there will be six more dates on the tour.