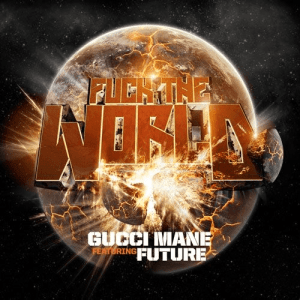 Fittingly, Gucci Mane reaches out to his fellow Atlanta artist, Future for the second single off the Trap God mixtape. Gucci Mane and Future will be coming together for “Fuck the World” and the artwork for the single was released today. As shown in the artwork, the song is likely to be one of Gucci Mane’s biggest singles of the year.

Gucci Mane has dominated Atlanta’s mixtape scene for close to ten years. Future also has put in several years in Atlanta. However, the two have rarely worked together, as Future has enjoyed much mainstream success in 2012. “Fuck the World” is currently set to be released on September 19.