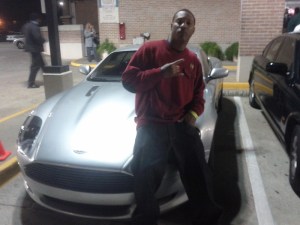 Houston is back on the map with Kirko Bangz putting out a few hits. Eliot Ness is another major rapper in Houston, making big moves. Those who do not yet know about Eliot Ness are late to the party, as he is one of the biggest mixtape rappers in the area. Eliot Ness released his single, “Winning,” earlier this year.

Eliot Ness teamed up with Yung Redd, Jo Jo, and N!Q for the single. A little over two weeks ago, the official music video for “Winning.” The song and the video pays homage to the hip hop scene in Houston. Following the trend of music videos from the likes of Paul Wall, Slim Thug, and other Houston legends, “Winning” has become highly successful.

For Eliot Ness, “Winning” has paid off for him. Since the video was uploaded to YouTube, it has enjoyed over 18,000 views. Already close to 20,000 views, Eliot Ness is sure to have close to 100,000 views before 2012 comes to a close. As his popularity continues to climb, Eliot Ness has experienced a breakout hit with “Winning.” Eliot Ness hopes the “winning” continues for him, as he has much more new music on the way.

Watch “Winning” by Eliot Ness below: