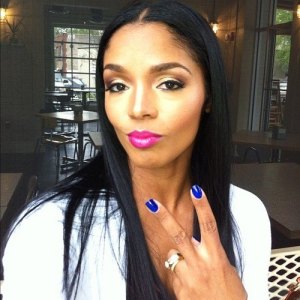 “Love & Hip Hop Atlanta” star, Rasheeda, has enjoyed much time in the public eye this past summer. Her exposure comes after many had written her music career off, which has done well since joining the show. Feeling great about her new position, as she told Hip Hop Vibe earlier this month, Rasheeda is focused on the positive aspects.

As it tends to happen with everyone, no matter how positive the focus is, someone or something negative comes. For Rasheeda this has come in the form of Gucci Mane, who recently released his “Shook Them Haters Off” song. The song takes aim at both Rasheeda and her husband, Kirk Frost, as he calls him gay.

Going on to describe actions from Kirk Frost, Rasheeda made several Twitter posts defending her husband. Without mentioning anyone’s name, Rasheeda would call this foe a “no life low-life,” among other names. Rasheeda would also state how sick she was of people telling lies about her and those she loves.

YeahBoyTV: Who is P on the Boards? [VIDEO]
Cassidy talks DMX comeback with Vlad TV [VIDEO]