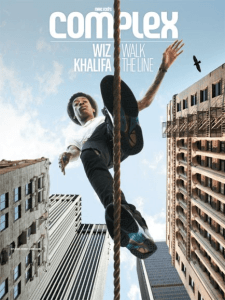 Alongside Big Sean, Wiz Khalifa was among 2011’s most-impressive rookies. From the beginning, it was clear Wiz Khalifa would be around a lot longer than for one hit. Wiz Khalifa left his impact on the game, starting with his signing of Juicy J to Taylor Gang. Proving to be more than a rapper and more of a mogul, Wiz Khalifa has also focused on the development of Chevy Woods.

Taylor Gang, though not on the same level as Young Money, Maybach Music, and G.O.O.D. Music, is a force to be reckoned with in the industry. The label is home to several of hip hop’s most popular artists, as both Chevy Woods and Berner have built followings. However, Taylor Gang starts and ends with their founder, Wiz Khalifa.

Impressing many, Wiz Khalifa announced his O.N.I.F.C. album in December 2011. With the album set for a 2012 release, the project has faced several delays. Covering Complex, Wiz Khalifa explained these delays. While his popularity is high, Wiz Khalifa stated he has been delayed by Atlantic Records, because they want to hear another radio single from him before the album is dropped.

Cap1 gives 2 Chainz a birthday present [VIDEO]
YeahBoyTV: Who is P on the Boards? [VIDEO]