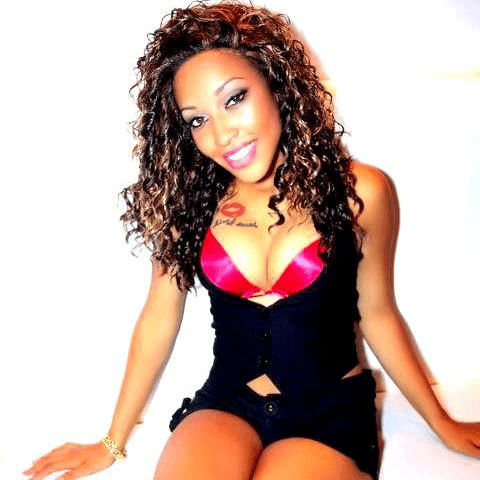 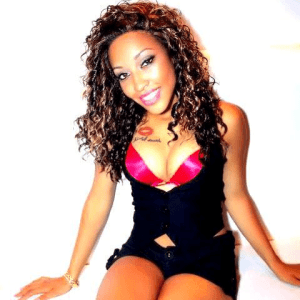 Everywhere she goes, Miz Jerzi carries her home state with her. Miz Jerzi has lived in various parts of the United States, due to the time she spent in the Marines. While she has lived all over, the place she truly knows as home is her native, Camden, New Jersey. Miz Jerzi is making a name for herself for various reasons. Entertainment is definitely Miz Jerzi’s calling, as she works as a rapper, singer, and model. Her work has appeared on Hip Hop Vibe various times, as she appeared in Jadakiss’ “Dope Boy” video with Styles P and “Hoodie Season” with Moka Blast.

Miz Jerzi has a lot going for her, but it is the modeling that is really taking off for her. At the age of 23, she is on the move, being featured in several music videos from D-Block and videos from other independent artists. Signing up for numerous competitions, Miz Jerzi competed to be featured in “Love & Hip Hop’s” Mama Jones’ clothing line. Proving to be a winner when it comes to the modeling, Miz Jerzi is now an official model for Mama Jones’ Psychotic clothing line.

Hip Hop Vibe recently spoke to Miz Jerzi, as she was our latest Hottie of the Week. During our interview, Miz Jerzi spoke on her time in the Marines, how she wound up modeling, and her New Jersey background. Miz Jerzi would also speak on her growing career as a video vixen, along with her own upcoming music career.

It was a Valentine’s Day photo shoot which led you to modeling? Yes, it was just supposed to be a gift but the shoot came out so good and I had so much fun, that I decided I wanted to do another and another.

At the time, you were in the Marines, what was that experience like? I enjoyed my time in the military, I learned a lot of things, met a lot of different people from different cultures and became more of an adult then I was going in. Overall I had a lot of fun and I don’t regret not one experience from it.

What did you see for yourself when you first enlisted? Honestly, I joined to get away from home, to be able to get steady money and be able to go to school for free. After a few months, I learned there was a lot more to it then I thought, I came in with a certain mindset and left with a completely new view on life.

What is it like transitioning from being in the Marines to modeling? The transition wasn’t really hard at all because I always wanted to get into the modeling but never really had the chance. It wasn’t difficult to transition because It felt so natural to me. Now juggling the two was very hard because of course they had a lot of restrictions as far as how I could model and the things I could and couldn’t do.

Can you talk about your work for Mama Jones’ Psychotic clothing line? She has a lot coming out with that, she has a few shirts & dresses out with the logo and a few sayings. I can’t really disclose much about it because it’s all still a working progress. But we did go to the “For Sister’s Only” Event this year in Charlotte, NC and sold some of her shirts there, as I modeled in them.

Even though you have a lot going on, you are quickly becoming a popular video vixen, what is that experience like for you? I love the experience, I love the fast paced lifestyle, always busy and always on the road, I enjoy it very much. Meeting new celebrities and building up my experience is great. I just love it, I was definitely made for this.

Since you also make music, do you see yourself collaborating with him or anyone from D-Block in the future? Yes, I most definitely want to do a feature with him and Styles P, I love them both and their music.

Can you talk about your upcoming music video? My upcoming music video is to be coming out late fall, early winter. It’s going to be crazy, alter ego coming out, sex appeal, hardcore hustle feels to it. Both men and women will be able to rock this joint in their car and rock to it in the clubs. Myself and my team Self Made Entertainment will be turning this video up and making it a HIT!!!  Streetheat TV will be recording it and it will appear on the internet. So stay tuned for that.

Who do you have planned to work with, music-wise? I really want to work with Eminem, he is my motivation, he is what got me wanting to push for my music career more then anything. I just love the way he speaks through his music. I plan on working with Drake, Future, Lil Wayne, Nicki Minaj, 2 Chainz, Kanye West, T.I., Trey Songz, Usher, Rick Ross, Meek Mill. Those are just a few I can say right now lol. To work with anyone is a blessing to be honest. 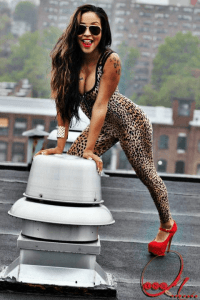 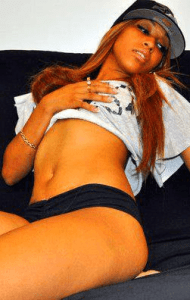 One thought on “Hottie of the Week: Miz Jerzi”