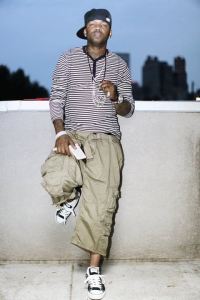 The key to success for many Chicago rappers has been building a sizable fan base in Atlanta. This has been the key for Cap1, who has become the right hand man to 2 Chainz. As the G.O.O.D. Music affiliate has risen to new levels of fame, Cap1 has also enjoyed a rise. Touring with 2 Chainz, Cap1 performs at a bulk of the same venues as 2 Chainz.

One month removed from the release of Based on a T.R.U. Story, 2 Chainz is currently enjoying the success of his “Birthday Song” single. Featuring Kanye West, “Birthday Song” has become another major hit for the popular rapper. Recently, 2 Chainz enjoyed his actual birthday, which led to a significant amount of spins for his new single.