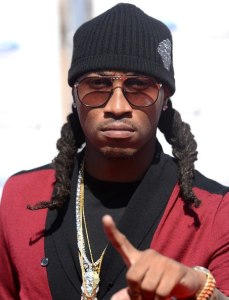 Signed to Rocko’s A1 Recordings and merging his own Freebandz movement, Future has become one of the biggest rappers in the game. Future burst onto the scene, stealing the scene on YC’s single, “Racks,” producing the track and performing on it. Months after “Racks,” Future released his own breakout single, “Tony Montana.”

The “Tony Montana” single proved to be popular with other rappers, as Drake requested to be featured on what would become the official single. Future gladly accepted Drake on his single, but he did deny a verse from Lil Wayne, as he wanted the music to speak for itself. “Magic” followed up the initial single and T.I. ended up remixing it, courtesy of DJ Drama.

Ironically, the biggest hit off Future’s Pluto debut album was “Same Damn Time.” Future eventually invited Diddy and Ludacris on the remix. Talking with Hip Hop Wired, Future spoke on the success of the song, calling it amazing. Hoping the fans would accept it, Future had no idea had it would blow up the way it did.

Future has also been working with Kanye West, as he is preparing his sophomore album. Working with 2 Chainz and preparing his new mixtape, Super Future, Future is one of the biggest rappers in the game. With his “Tony Montana” single remixed hundreds of times last year, Future, now a superstar, remixed Chief Keef’s breakout hit, “I Don’t Like.” All of this has led Future to look back on his tremendous growth.