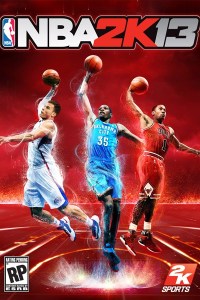 With the fall season rapidly approaching, the yearly NBA 2K video game series is gearing up for its next release. NBA 2K13 is set for release in a little under a month. For years, the NBA video games have been favorites and have gone hand in hand with hip hop. The latest edition of NBA 2K13 evidences this, as the soundtrack is executive produced by Jay-Z.

Most NBA video games, which have been released, feature songs from hip hop artists. Over the years, such artists as Joell Ortiz, Fat Joe, Eminem, Joe Budden, Chamillionaire, Rhymefest, Lupe Fiasco, and many others have contributed songs to this series. While Jay-Z never has, he has been strong on the business aspect of things.

NBA 2K13 will be released in a little under a month, as the game will be released on October 2. Yesterday, the official trailer for the game was released. Anticipation for NBA 2K13 has been high, buidling since before the release of NBA 2K12. Throughout the summer, many fake trailers have been uploaded to YouTube and other video sharing sites, but now the official trailer is here.

Watch the NBA 2K13 trailer below: