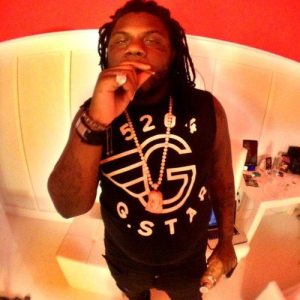 Since the emergence of Wale, several artists from the DMV (DC, Maryland, Virginia) area have enjoyed mainstream success. Earlier today, Rolls Royce Rizzy released his highly-anticipated mixtape, God Got Me. In addition to Wale and Rolls Royce Rizzy, Fat Trel has also watched his stock rise.

Fat Trel has built a strong working relationship with Chief Keef over the past few months. It was initially viewed as a positive, but with all the negative media surrounding Chief Keef, it could be a negative. However, with Chief Keef claiming innocence, Fat Trel, along with many others, have continued to work with him.

MTV recently caught up with Fat Trel, featuring him on the “Sucker Free” segment, “In the Studio With…” Fat Trel would invite the cameras of MTV with him, as he recorded a song produced by Harry Fraud.