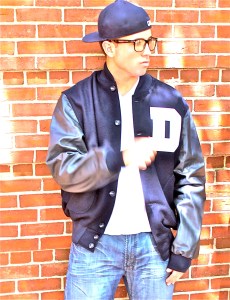 One of the biggest mixtape rappers in the game, Mike Stud has enjoyed a strong run, alongside Huey Mack, who he has collaborated with frequently. The two released their joint mixtape back in the spring of this year. In the time since their mixtape release, Mike Stud and Huey Mack have been performing their recently released music.

During one of their spring stops in St. Louis, Mike Stud and Huey Mack performed at Fubar. It was here when they caught up with Mos P of MVP Radio, a local St. Louis station. In a collaborative effort, Hip Hop Vibe and MVP Radio interviewed Mike Stud. With so much in the works, Mike Stud was focused on putting out more material.

Taking time out of his schedule, Mike Stud spoke to Hip Hop Vibe and MVP Radio about his rise to mixtape success, the relationship with Huey Mack, and his upcoming project. Mos P conducted the actual interview with Mike Stud, as he explained how his rap career came to be. Before rapping, he was primarily known as a baseball player.