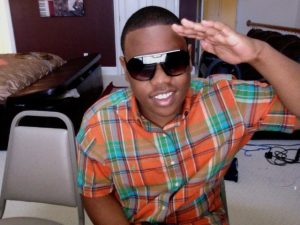 However, Yung Stack, the younger brother of Stack Bundles, is making sure his memory lives on. Stack Bundles’ label, Riot Squad, is still relatively popular. Several members of the label have gone on to experience success. Chinx Drugz joined French Montana’s crew/record label, Coke Boys, and is on the verge of stardom.

How did you link up with the Young Riot Squad? It was a couple dudes who worked with my dudes. We linked up and the rest has been history.

How many years has it been now? It has been two to three years.

What will be coming from the team this year? Right now, we’re finishing up the new LP from Slide Dillinger. The last five to six tracks on Jerm’s new projects are being finished. We are also completing Tim Stacks’ new project and we are getting everything mixed and mastered for the time being.

Outside of YRS, you also have a relationship with Cap1, can you talk about that? Yeah. That’s my brother man, he’s been down with the whole campaign this entire time. Right now, he is working on his Gangsta Grillz mixtape with DJ Drama.

Can you tell us more about his project? It’s going to be crazy. He has a lot of big name stars up there and DJ Drama is the host, he is the next up.

Who are some other people you have had the opportunity to work with? Honestly, I try not to work with anyone other than the people on my team. My primary focus is on getting their projects out.

When thinking of music, most people dream of working on the business end, or being a producer or rapper, what led you to become an engineer? I just always had an ear for how things should sound. I always knew, so I decided to try it and I ended up being good at it.

Overall, who would you say was instrumental in your growth? Cap1, he always kept me thinking positively about things, even when they looked bad.