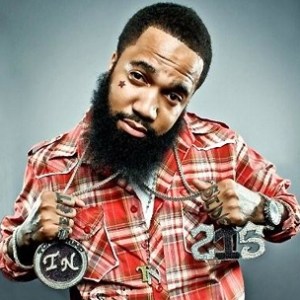 Suddenly, Philadelphia finds itself as a hip hop hotspot, once again. In the late 1990s, Jay-Z developed an invested interest in the Philadelphia hip hop scene. Roc-A-Fella Records would eventually sign Beanie Sigel and Freeway. The two would create their own sub-label with Roc-A-Fella, signing Peedi Crakk, the Young Gunz, and more.

Philadelphia would go on to produce such stars as Eve and Cassidy, along with many other big names. However, with Will Smith focused on television and Eve following suit, the remaining artists fell out of the spotlight. Tone Trump and Meek Mill began dominating the mixtape scene, but did not have mainstream support.

Within a year of each other, Rick Ross and Young Jeezy came calling, respectively. Tone Trump has gone on to become a part of Young Jeezy’s Corporate Thugz label. Hood Affairs TV recently spoke with Tone Trump. During their conversation, Tone Trump would discuss his deal with CTE, his CC World mixtape, and much more.