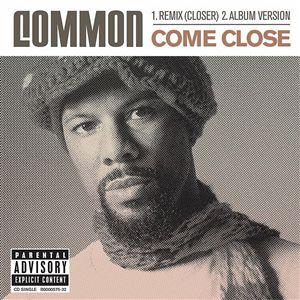 Ten years ago, the hip hop landscape was much different than the one currently recognized by the hip hop world. A decade ago, the biggest rappers in the game were Ja Rule, Eminem, and Cam’ron. Jay-Z also enjoyed success, but the summer of 2002 belonged to those three emcees. As the fall of 2002 began, Common released “Come Close.”

The lone single from his critical success, Electric Circus, “Come Close” was produced by the popular duo, The Neptunes, which consists of Pharrell and Chad Hugo. “Come Close” also featured vocals from Mary J. Blige. Over the course of his career, Common often released intellectual songs and “Come Close” was something different from him.

Displaying his tender style, while remaining true to himself, Common released one of the best singles of the entire 2000s. However, due to being overshadowed by the Jay-Z and Nas feud, Eminem’s 8 Mile movie, and the emergence of 50 Cent, the song did not receive much attention. Still, the song is considered to be one of the best in hip hop music.