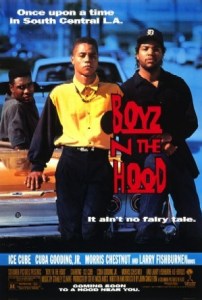 At one point, many did not even consider hip hop a viable genre of music. However, with the help of many, hip hop soon became much more than the music, an artform which lives on today. John Singleton helped this movement along with his 1991 film, Boyz N The Hood. Along with being the classic coming of age story for a young black man in the late 1980s and early 1990s, Boyz N The Hood inspired so much more.

Los Angeles has longtime been one of the most-violent cities in the United States. The inner cities have been home to many homicides. However, this violence produced something positive, when John Singleton decided to see the point of a view from someone who lived it. Enter, Cuba Gooding, Jr. as ‘Tre Styles,’ a teenage boy living with his father in South Central, Los Angeles, California.

Outspoken as a child, his mother agreed to move him in, full time, with his father, Laurence Fishburne, as ‘Furious Styles.’ Upon moving in with his father, Tre is quickly taught what it is like as a black man in 1990s South Central Los Angeles. With his father remaining single, Tre and Furious lived together for years. His father often explained the actions of his friends, Doughboy and Ricky, who lived across the street.

John Singleton created the role of Doughboy specifically for Ice Cube, though he initially did not take it seriously. After reading the script for the character of Doughboy, Ice Cube quickly accepted. While Cuba Gooding, Jr. was the star of the show, Doughboy did manage to steal the movie, especially after the death of Morris Chestnut’s Ricky, at the hands of gang members. Twenty one years after the movie played in theaters, Boyz N The Hood continues to run on several television networks and continues to inspire rap lyrics.

Popular Los Angeles rapper, Game, often references Boyz N The Hood in many of his lyrics. Ice Cube was inspired to branch out from music to begin making films after doing Boyz N The Hood. While the film is two decades old, it still remains relevant, as there are many youth still going through many of the subjects addressed in the film. This is evidenced by the rising violence in Chicago. In addition to the film, itself, the soundtrack of Boyz N The Hood has also gone on to meet critical success.

Featured on the soundtrack includes Ice Cube, Yo-Yo, Compton’s Most Wanted, 2 Live Crew, Too $hort, and many others. Defining music for the period of time, it had a great impact of the world, at that time. As previously mentioned, Boyz N The Hood‘s impact spans much deeper than simply the film, itself. In 2004, Rockstar Games paid homage to the West Coast culture, with their Grand Theft Auto: San Andreas, which was heavily-inspired by Boyz N The Hood, with several characters in Los Angeles spoof, Los Santos, resembling Boyz N The Hood characters.

After enjoying filming, Ice Cube went on to show the ‘hood was not always bad, launching his Friday series. Cuba Gooding, Jr. went on to become one of Hollywood’s top leading men, along with Morris Chestnut, and John Singleton is credited as one of the top urban film directors. 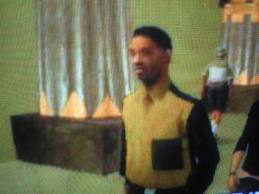 Watch clips of Boyz N The Hood below: