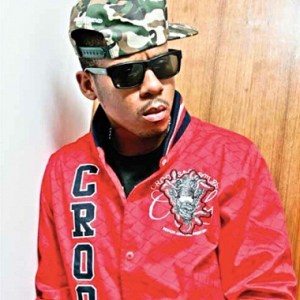 It was a short two years ago when Harlem rapper, Vado, was on a roll. Receiving co-signs from both Cam’ron and Damon Dash, Vado was well on his way. It was the success of Vado that led Interscope Records to sign Diplomat Records to their roster. During this time, hype began surrounding Vado, with VIBE doing an article on him.

The VIBE article questioned if Vado would be the future of New York hip hop, as the hip hop scene had been struggling for years. While Vado had momentum, eventually this title would go to French Montana. Alongside French Montana, fellow Harlem rapper, A$AP Rocky, would end up returning New York to the forefront.

Vado has continued delivering new music, however. Earlier this year, Vado released a song every day for thirty days with Cam’ron. At the end of the thirty days, the two released a mixtape, The UNLost Files. Over the course of the summer, Vado has been rather silent, but returned today with freestyles over Meek Mill’s “Burn” and Rick Ross’ “Diced Pineapples.”

Listen to “Burn” by Vado below:

Listen to “Diced Pineapples” by Vado below: