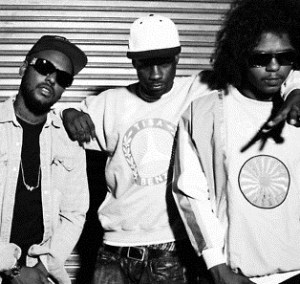 At one point, hip hop had written off the West Coast hip hop scene, as the last major artist to debut from the area was Game. By 2011, Game had become a veteran rapper and had released his fourth studio album. During the summer of 2011, Game had the opportunity to work with many of the “New West” artists, namely Kendrick Lamar and Tyler, the Creator.

Going into 2012, Kendrick Lamar became the biggest artist on the West Coast, getting signed by Dr. Dre to Aftermath Entertainment. Since he was already signed to Top Dawg Ent., Kendrick Lamar was placed into a joint venture deal. Top Dawg Ent. also boasts the likes of ScHoolboy Q, Ab-Soul, and Jay Rock, which landed them a deal with Interscope.

Alongside Kendrick Lamar, ScHoolboy Q, Ab-Soul, and Jay Rock form Black Hippy, a popular West Coast group. During a recent interview, Ab-Soul said the chances of the group putting out an album were rather slim. They recently spoke to Page31.com and they further discussed this, clearing up some earlier comments.