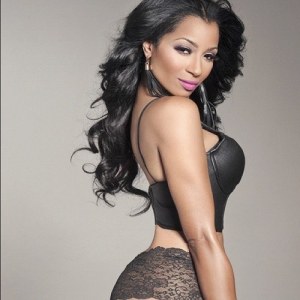 When VH1 premiered “Love & Hip Hop,” featuring the likes of Olivia, Jim Jones, his family life, and others, many thought it was full of drama. After the successful second season of “Love & Hip Hop,” VH1 announced they were casting in Atlanta. Launched during the summer of 2012, “Love & Hip Hop Atlanta” has had people talking for months.

Drama filled and full of action, Hip Hop Vibe had the opportunity to speak with Rasheeda yesterday. She briefly spoke on her time on “Love & Hip Hop Atlanta,” as did Karlie Redd with Vlad TV. Discussing the situation between Stevie J, Mimi Faust, and Joseline Hernandez, Karlie Redd spoke on why she revealed the affair.