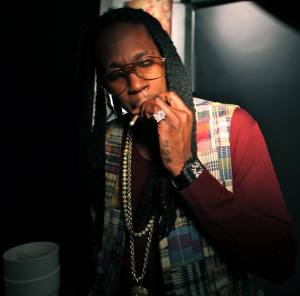 Over the course of a year, 2 Chainz has come a long one. Numerous times, 2 Chainz has stated he made more this past year than he did during his entire tenure with DTP. Taking a lot of advice and guidance from Ludacris, 2 Chainz has formed his own label. Partnered with Def Jam, 2 Chainz released his debut album a month ago.

Currently one of the hottest rappers in the game, 2 Chainz is one of the hip hop artists slated to perform at the 2012 MTV Video Music Awards. The other hip hop names who will be performing include Nicki Minaj, Rihanna, Lil Wayne, and A$AP Rocky. Pittsburgh’s hip hop stars, Wiz Khalifa and Mac Miller, will be presenting awards.

Sway Calloway, MTV’s resident hip hop personality, went behind the scenes with 2 Chainz yesterday. Initially not nervous, Sway Calloway managed to get to 2 Chainz when he pointed out how he would be performing on the world’s biggest stage. While he is a bit nervous, the popular Atlanta rapper remains confident.