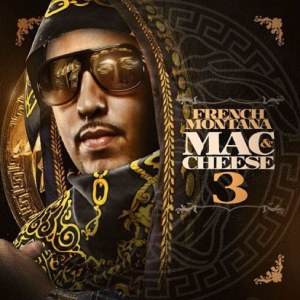 A year ago, at this time, French Montana was flooding the internet with a new song each day. When he was not releasing new music, French Montana was denying he would soon be signing with Maybach Music, spending much time with Rick Ross. Things have changed for the Coke Boys leader, as he is now signed to Bad Boy Records, working on his debut album.

Excuse My French was initially due for a July 2012 release, but has been pushed back indefinitely. Since his mixtape has been delayed, French Montana has decided to deliver another new mixtape. While there is no release date currently set for Mac & Cheese 3, the latest French Montana mixtape, the official artwork was released.