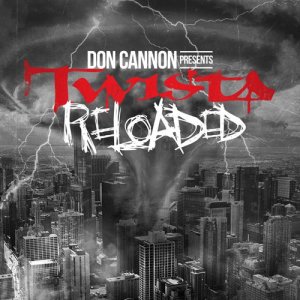 With such talents as Kanye West and Lupe Fiasco doing well, Twista is in comeback mode, while newer talents, like Chief Keef and Youngg Offishall are making their names. Twista has begun making his media rounds, as his Reloaded mixtape is due to be released tomorrow. The veteran emcee is teaming up with Don Cannon for the project.

Earlier this summer, Twista announced Reloaded. Taking some time off, from releasing albums, Twista decided to release more mixtapes. Among the first ones he has in store is his tape, Reloaded, with Don Cannon. Featuring the likes of Future and Juicy J on the project, anticipation is high.

Tonight, Twista expressed his confidence in the project. Twista recently stated, via Twitter, the Reloaded mixtape is his best mixtape yet. Over the past few years, Twista has released a number of major mixtapes. However, he holds his latest work with Don Cannon in the highest regard.