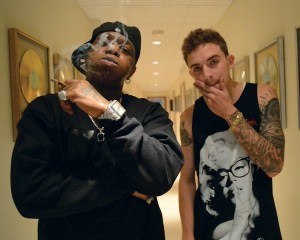 For well over twenty years, Miami has been a dominant hip hop city, producing such stars as the 2 Live Crew, Trick Daddy, and Rick Ross, among many others. Meanwhile, Orlando’s hip hop scene has taken much longer to get off the ground. The year of 2012 has been great for the city, however, as Bezz Believe and Caskey have enjoyed much success over the past year.

Caskey has dominated the mixtape scene, catching the attention of Birdman, who signed him to Cash Money Records. Now, Caskey finds himself label-mates with Lil Wayne, Busta Rhymes, Drake, Ace Hood, Nicki Minaj, Mystikal, and Bow Wow, along with the rest of the roster of talent. Getting signed by a major label has not stopped Caskey’s grind, however, as he recently released the music video for his single, “Words.”

Watch “Words” by Caskey below: