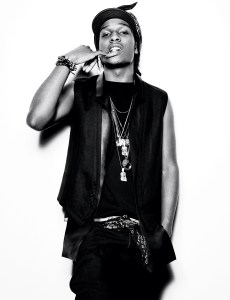 Creating his own lane, A$AP Rocky has built a reputation for himself. Considered by many one of the biggest artists coming out of New York City, A$AP Rocky’s buzz is high. The most-popular member of the Harlem-based A$AP Mob, the crew is on the verge of superstardom. Along with dominating the internet, the A$AP Mob, specifically A$AP Rocky, have become fixtures on FUSE TV.

The year of 2012 has been a dream come true for A$AP Rocky, who went from being one of the many rappers on the Harlem streets to being one of the next to blow. In New York City, A$AP Rocky finds himself second to only French Montana, in terms of buzz. Second place has been good to A$AP Rocky, as several of his music videos have appeared on FUSE TV and he has done countless interviews with them.