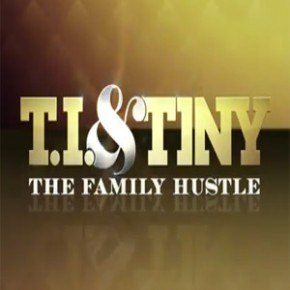 Last year, viewers had the opportunity to see the other side of T.I. For years, fans have been acquainted with the tough-talking rapper through songs and videos. However, T.I. has a much softer side. The Atlanta rapper is the father of six children and the husband to Tameka “Tiny” Cottle, a former member of Xscape.

Those who watched the BET series, “Tiny & Toya,” already had the chance to meet T.I.’s children. But, during that time, T.I. was serving a prison sentence. Despite the show being among the highest-rated on BET, T.I. forced Tiny out upon being released from prison. Only months after being released, T.I. was forced to return, however.

When T.I. was released, in 2011, he agreed to star in a VH1 series, “T.I. & Tiny: The Family Hustle,” which went on to become a major VH1 hit. Earlier this year, the first season of the series ended. Earlier tonight, the second season premiered, in which T.I. took his family camping.