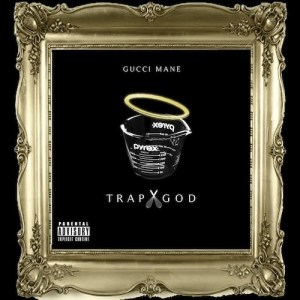 Earlier this year, back in May, Gucci Mane released I’m Up with DJ Holiday. Four months have passed since I’m Up was released. Gucci Mane has made his rounds over this period of time, recently releasing the “Plain Jane (remix)” music video. Rocko and T.I. were featured on the song, which debuted on MTV2’s “Sucker Free” over the weekend.

This morning, Gucci Mane released the official artwork for Trap God. While the mixtape is in its early stages, a few songs have already been released. “El Chapo” was released as the first single. Gucci Mane has also leaked “Guts,” which features Rocko. Trap God is set for release on October 17.