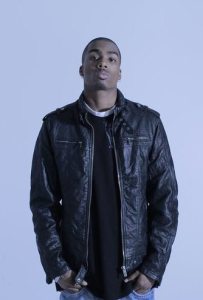 Hip hop originated in New York City, the pride and joy of the United States. After becoming a popular, legitimate, genre of music, hip hop branched out into other regions. With the influx of so many artists and the popularity of various styles of hip hop, the game changed. In the United States, hip hop is primarily controlled by major companies, who have begun to dictate the sound.

Due to the initial success of hip hop, the artform has spread out into other countries. Canada has enjoyed a longtime love of hip hop. Decades ago, many Canadain rappers began making music, with some having minor successes in the late 1980s and early 1990s. In recent years, Canada’s attemps have been more well-received, and lasting.

Toronto is suddenly one of the fastest-rising hip hop scenes in Canada. Through the efforts of Drake, JD Era, and now D’NME, the city is on fire. Much like Drake and JD Era, D’NME prides himself on providing lyricism to hip hop. At a time when hip hop has gotten away from this, D’NME filled his Guns & Roses mixtape, hosted by DJ Whiteowl, with real lyricism.

Two months after the release of Guns & Roses, D’NME finds himself one of the biggest rising stars in the rap game and has been met with strong critical reviews. Recently, D’NME told Hip Hop Vibe how he feels about the critical success about his mixtape, via email.

“To be honest, I was a bit surprised at the positive response because now a days being lyrical isn’t the norm and people usually shoot down anything that doesn’t sound southern. When I put out “Guns & Roses” I didn’t really care what the response would be because I know I was bringing something authentic to the table. All in all I appreciate how well people have received the music.”