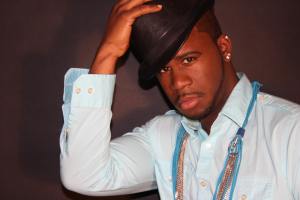 Through the evolution of the internet, people from all over the world are finding various ways to connect. Several areas were previously not known for contributing much to music, but now find themselves popular spots. Pittsburgh was not a likely hip hop city until the emergence of young rappers, Wiz Khalifa and Mac Miller, who emerged through the internet.

Similar to Pittsburgh, Dover, Delaware is often overlooked, yet has a thriving hip hop scene full of talent. Quintin Richardson is among the rising Dover stars. An R&B singer, with a bit of hip hop in his style, Quintin Richardson could very well put Dover on the map. Using the internet, he hopes to enjoy success similar to that of Wiz Khalifa and Mac Miller.

How do you feel about the rapid expansion of the hip hop scene in both the DMV and Philadelphia area? I think its amazing, a lot of talent is in the area.

Can you provide us with more details about your upcoming debut album? I can’t say to much about it, but that I’m working hard to get the best music possible on there for my fans.

Who are some of the artists you have been working with? I have worked with D Goode for the single “She Is” more than just. He wrote on the Day 26 debut album he is the best around.

How do you avoid getting caught up in your own hype? (Laughs) I feel like I’m here for the music, I’m not about the hype. I’m about making good music and getting it out there to the listeners.

Have you released many mixtapes, if any? I have not released any mixtapes, but I have a single on iTunes that is selling! The music video for it just went viral.

Do you see yourself branching out of music into other forms of entertainment? I’m going out to Los Angeles soon, so I want to check out the acting scene there.

Can you name some of the artists you hope to one day work with? I would love to work with Pharrell and Ne-Yo. I believe if I worked with them, I would have a hit!