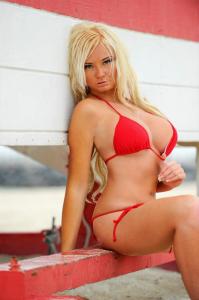 Hip Hop Vibe’s Hottie of the Week, Christy Snow, is a very busy lady. Christy Snow has several projects in the works, wrapping a photo shoot since her interview. Keeping herself up-to-date, Christy Snow has a large, and growing, fan base. In addition to working with numerous companies, Christy Snow is also a video vixen, appearing in numerous music videos.

Christy Snow’s fan base has followed her over to Facebook, as she has over 3,000 likes. However, with her fan base still growing, Christy Snow wants her fans to be able to find her. The popular Miami model recently offered an invitation to her new fans to like her on Facebook. To like Christy Snow on Facebook, click on this link, here.