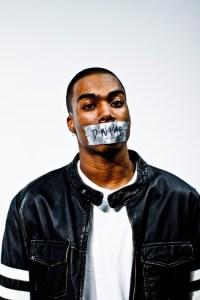 Toronto is a forward-moving city and a growing mecca for hip hop. Drake, who first gained fame as an actor, has helped place Toronto in the hip hop spotlight. The Canadian city has proven to be a place full of talented hip hop artists. D’NME is making a name for himself without having to rely on the legacies of others.

Following his own route, D’NME teamed up with DJ Whiteowl for his Guns & Roses mixtape. In an effort to build his international following, D’NME landed one of New York City’s biggest DJs. With a major international name, D’NME readily proved what he was made of. Releasing Guns & Roses earlier this summer, via DatPiff.com, D’NME has enjoyed much success.

Most artists use DatPiff.com to promote their mixtapes, but few enjoy the type of success D’NME has enjoyed. Earlier this week, Lloyd Banks, one of the biggest mixtape rappers in history, celebrated his mixtape, V6: The Gift, going gold on the popular website. This is an honor D’NME has also enjoyed and he recently revealed how he felt when he learned Guns & Roses went gold.

D’NME – “There’s definitely a feeling of accomplishment. To have my first mixtape receive the certified gold status on Datpiff is nothing short of extraordinary for me personally. But regardless of that accolade, I’m just working harder to ensure that the next tape exceeds this one, and I don’t mean that in terms of numbers. I wanna exceed lyrically and musically.”