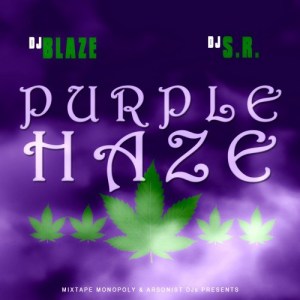 DJ Blaze and DJ S.R. are among two of the bigger names on the Atlanta mixtape scene. Throughout the summer of 2012, both have released several high-profile mixtapes. The two have decided to unite, once again, this time for the fifth edition of the Purple Haze mixtape series.

DJ S.R., a member of Mixtape Monopoly, has made quite a name for himself over the past few years. The Atlanta hip hop scene has returned to prominence in the rap game and the breeding ground is strong. Of the many new Atlanta artists to emerge, DJ S.R. has featured them on his mixtapes.