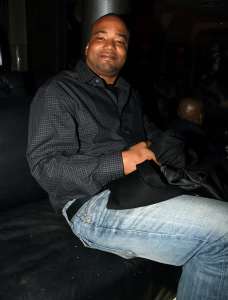 Minutes ago, news broke of the death of Chris Lighty. The past two years have been tough on the power players of hip hop. Last year, James “Jimmy Henchman” Rosemond was brought up on drug charges and convicted earlier this summer. Jimmy Henchman was best-known for managing Game, Brandy, Gucci Mane, and many others.

Chris Lighty, meanwhile, helped shapre the careers of Busta Rhymes, Missy Elliott, Ja Rule, Timbaland, 50 Cent, and others. Close to a decade ago, Chris Lighty played a huge role in the massive feud between 50 Cent and Ja Rule. Last year, Irv Gotti appeared on MTV’s “RapFix Live” and he spoke on Def Jam, suggesting they hire Chris Lighty as president, despite their feud.