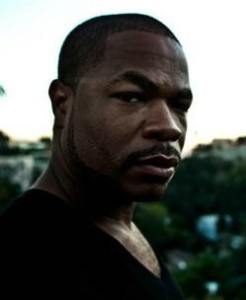 For close to two decades, Xzibit has been releasing popular music. Over this long span of time, Xzibit has become a fan favorite. Expanding outside of music, Xzibit has also become a beloved television personality. First and foremost, however, Xzibit is an emcee and he has refocused on his music.

Xzibit, in recent months, has appeared at many hip hop events and has new music out in anticipation of his new album, Napalm. On his latest album, the Open Bar head feels he is at his best. Many of the biggest current stars in hip hop make appearances, including Pittsburgh star, Wiz Khalifa, and his longtime collaborator, Game.

This evening, Xzibit spoke exclusively to Hip Hop Vibe. During our discussion, Xzibit provided us with more insight on his Napalm album. The West Coast legend spoke on who was collaborating with him, his new film Code Name: Geronimo, and how he feels about the changes on the West Coast hip hop scene.

Why did you choose to name your new album Napalm? This is the title track of the album, 1500 or Nothin’ did the beat, Travis Barker played the drums. The song was great and the perfect backdrop for the album.

Who do you have, as far as guest features on your new project? Wiz Khalifa, Dr. Dre, Game, David Banner, E-40, Crooked I, and Prodigy, along with many others.

How do you feel about this new album and the collaborations? I feel it is a great mixture and that Napalm will be my best work.

What upcoming acting roles will you have? I just did an independent movie with Seal Team Six called Code Name: Geronimo, it is about a raid on Bin Laden’s compund, I played a Navy Seal.

What type of impact do you feel you have had on hip hop over the past few years? I don’t know, you tell me(laughs). I just do me, I never looked at it like that.

Which of your albums do you consider to have been your best work? At the time, I feel my upcoming album, Napalm is my best album. Many feel Reckless was my best work, but I have grown as an artist coming into this current project.

Who are some of your favorite rappers out there now? I like a lot of West Coast dudes, Kendrick Lamar, Slim the Mobster, the whole TDE camp. A lot of those cats out here are nice.

Would you be open to working with any of them? I already have worked with Slim the Mobster on Napalm.

What was that experience like? It was dope. Slim the Mobster is on my record and I just did the BET West Coast Cypher with Kendrick Lamar, so it is not a problem.