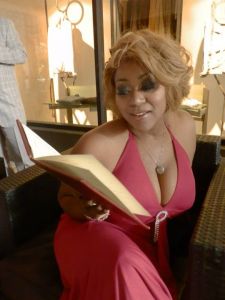 Those longtime VH1 fans should be familiar with Schatar “Hottie” Taylor from her time on the breakout hit, “Flavor of Love.” A member of the first season, Hottie rose to fame for both her curvaceous figure and her unique personality. Eventually, Hottie came up short when it came to winning Flavor Flav’s heart, but her brilliant star was quickly rising.

In 2007, Hottie’s name was revealed to be Schatar Taylor aka Schatar Sapphira when she compted on VH1’s “Flavor of Love”-inspired “Charm School.” After the end of “Charm School,” Schatar Taylor’s appearances dwindled on the VH1 network and she has gone on to bigger and better things, maintaining a strong relationship with the network. No longer competing, Schatar Taylor finds herself the star everywhere she goes.

Producers know when they request the services of Schatar, they are dealing with major talent. Also making a huge mark in the music industry, becoming a top 40 artist, grabbing the attention of well-known producers, in addition to being a rising actress and model, Schatar Taylor recently spoke to Hip Hop Vibe about a number of topics. Schatar opened up about her time on VH1, if she would ever return to reality TV, her acting career, modeling, and much more.

How would you best describe the experience from your time at VH1 on both “Flavor of Love” and “Charm School?”If you love roller coasters, you already know the answer to that. You never know exactly when the wild angle changes, the dips or other experiences you’ll have on it. You just get on it and experience the thrills, the rush of endorphins and enkephalins. No matter what, you end up happy because one enjoyed the results of the choice one made. The wild whirlwind blur was fun while it lasted.Those girls were no joke. The back stabbing, hair dryer cord cutting and bitchin’ were all real.

Can you explain how the exposure helped people get acquainted with Schatar, as opposed to “Hottie?” A Super Bowl commercial introducing the show featured myself opening my jacket in front of Flavor Flav. After that, more fans from around the world started communicating with me. I love most fans and I want to thank them for their support.

Exactly how did you get the Hottie nickname anyway? I’ve been called that since school. My friends used to say here comes Hottie. She’s got six Zodiac signs in fire, but she always keep her cool. I was once wearing ruby colored shoes and someone hollered, “Miss Hottie” and started climbing over the escalator to try to get to closer me. I was still in catholic school and actually had the school uniform, plaid skirt and all.

You are currently living in California, but where are you originally from? Each time I spend time in a new city or state, I embrace the new community experiences so much, I become one with the peeps around me. So, I usually say from everywhere I have traveled in the world. (Laughs). Seriously, you might hear a DC or Maryland accent or maybe even a Philly or Boston twang.

What were your early days in Hollywood like? Rough! Low on food, gas, and time to audition in between gigs that kept food on the table and a roof over my head. You know, in that town people don’t readily share info.

How did you wind up auditioning for “Flavor of Love?” My management set me up. In fact, I almost did not go back for the call back interview. (Smile).

Do you and Flavor Flav remain in contact with each other? We remain in loose contact through management communications. Once, my little cousin went to his new popular restaurant in Las Vegas ands he surprised me by calling and putting Flav on the line. We are both very busy.

What projects do you have in the works? Recently filmed the lead in a biopic miniseries. It begins airing this fall. In the Sy Fy thriller, “Exedia Nation,” I played the role of a computer geek hacker who rescues her lover.

How is your acting career coming along? The roles are rolling in. You know, I’m a recording artist and a voting member of the Grammy’s. On the blogs, fans might want to check out the links to some of my music and videos. Most people do not know I play several instruments in some of my songs, in addition to writing the lyrics.

Could fans ever expect to see you on reality TV again? You know, I have actually turned down shows when the terms weren’t satisfactory. Once the right offer is presented, I’ll consider being on reality tv again. It has to be the right situation for me, as most projects I have been involved with end up in the top 40 or number one. If not that, they are award nominated or award-winning. So, stay tuned. 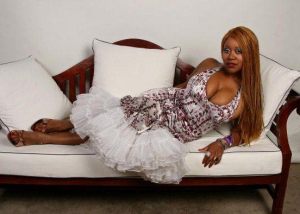 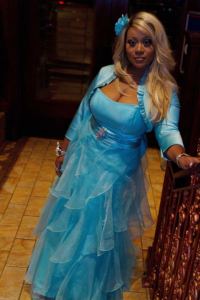