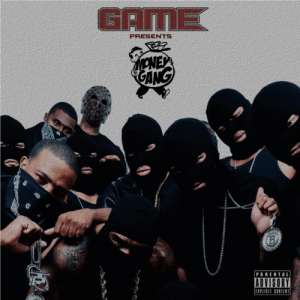 Because of his work as an artist, Game’s work as a record executive has often been overlooked. Before he signed with Dr. Dre’s Aftermath Entertainment, Game founded his label, Black Wall Street. The label was created to house Game’s music and showcase his own artists.

Game has been in the public eye for the past eight years, proving to be one of the most controversial artists in the game. At times, Game has mentioned the roster of his Black Wall Street label. Among those signed include Nu Jerzey Devil. Game has flooded the mixtape scene with Black Wall Street releases over the years.

At the start of 2012, Game began promoting his Money Gang clothing line, which is promoted through his Black Wall Street. After months of promotion, promoting them with him to a game with the Drew League, Game releases a mixtape in promotion of the clothing line. Game debuted the entire Money Gang crew with his mixtape, Game Presents: Money Gang.

Featured on the new mixtape includes Compton Menace, Pusha T, Mysonne, and many others.