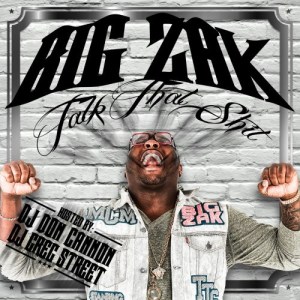 Big Zak has released several songs over the past few years, building a solid reputation in Atlanta. With his home city behind him, Big Zak is now trying to build outside of his hometown. So far, Big Zak has done quite well, as the buzz for his Talk That Shit mixtape was high.

Yesterday, Big Zak released Talk That Shit, which was hosted by two of Atlanta’s biggest DJs, Don Cannon and DJ Greg Street. Big Zak only had fourteen tracks on the mixtape, keeping things short. Slim Thug and Caddy Da Don are among those featured on the project.