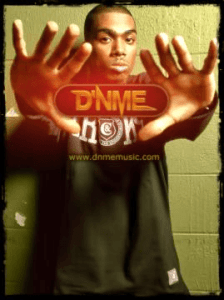 Drake cast a huge spotlight on the overall Canadian hip hop scene when he emerged as the biggest mixtape rapper in the game by 2009. Toronto has been on a fast track ever since, with doors opening for JD Era and the longtime rapper, Kardinal Offishall. With Toronto quickly becoming a hip hop mecca, more artists are emerging.

D’NME is among the newer Toronto artists gaining prominence, as he has taken the internet by storm. Highly driven to re-invent hip hop, D’NME is inspired by the greats, among them the late rapper, Tupac Shakur, and Jay-Z. With these figures among those who inspire him, D’NME is focused on gaining a solid position in the rap game.

With music as his sole purpose, after deciding to his schooling should come to an end, D’NME is highly inspired to make something great happen. D’NME has enjoyed successes in the game, with his DJ Whiteowl-hosted mixtape, Guns & Roses. The mixtape did well, with his music even catching the attention of Sway Calloway, among others. Still, D’NME remains a student of the game, attending hip hop conventions.

The success of D’NME, paired with his eagerness to learn and patience, is leading to him becoming a force in the hip hop industry, yet another Toronto rapper who will rise to prominence.

HHV Video of the Week: 50 Cent ft. Brevi – “Be My Bitch”
The Death of Trayvon Martin, six months later