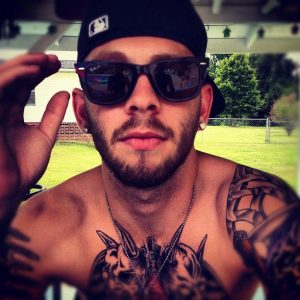 Two years ago, Kanye West made his comeback complete with the release of his single, “Runaway.” The second single from My Beautiful Dark Twisted Fantasy, the song became critically-acclaimed. In addition to becoming one of the biggest hits toward the end of 2010, the instrumental became memorable.

T-Malicious has been making a name for himself on the Charlotte hip hop scene, stealing the show on several songs. Currently, T-Malicious is working on his own mixtape. Warming the listeners up, T-Malicious caught their attention by remixing the popular “Runaway.”

A very personal song, which delves into his upbringing, T-Malicious reached out to Hip Hop Vibe to premiere the music video for the song. The video shows T-Malicious alone pondering his own thoughts.

Watch “Runaway” by T-Malicious below: