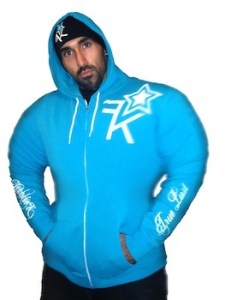 Queens has a long history with hip hop, producing some of the biggest stars of all-time. Decades after producing the founders of Def Jam, LL Cool J, Nas, and many others, Queens is still delivering more stars. Jus Daze is among the rising stars from Queens, making a name for himself through battling. Fresh off the release of The King of Queens, Jus Daze is making his rounds.

Jus Daze has been one of the biggest mixtape rappers in New York in 2012. The summer has been full of Jus Daze music. What has become one of his most popular tracks is “Badaba,” which was released a few months ago. “Badaba” has exceeded the expectations of many and Jus Daze filmed a video for the song last month.

The music video for “Badaba” was released well over a month ago, but the impact has remained the same. Jus Daze has enjoyed much success this year, appearing on NBC on the late night comedy series, “Late Night with Jimmy Fallon.” Through it all, Jus Daze has remained focused on the music and has found plenty of support from the streets.

Watch “Badaba” by Jus Daze below: