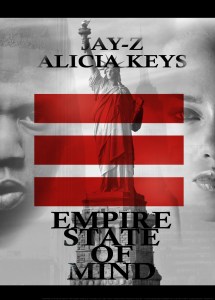 There are many songs dedicated to New York City, among the most-notable hip hop songs, pre-2009 dedicated to New York City was Ja Rule’s “New York,” featuring Fat Joe and Jadakiss. In the eyes of many, the song is still a classic, but most can agree Jay-Z’s “Empire State of Mind,” which features Alicia Keys is the biggest anthem out of the two. After all, three years after its release, the song is still making news.

By 2009, Jay-Z had done everything possible in music, except for top the Billboard Hot 100. He would change this with “Empire State of Mind.” From the moment he first performed the song, at the 2009 MTV Video Music Awards, the song made news. Lil’ Mama interrupted his performance, walking onto the stage, angering Jay-Z. Of course, another Roc Nation artist, Kanye West, would make bigger headlines during the ceremony.

After becoming one of 2009’s biggest singles, “Empire State of Mind” remained on the charts well into 2010. In 2011 and 2012, the song has continued receiving radio play and has recently gone five times platinum, according to the latest reports. While Lil Wayne does not like New York City, there are many who still have the “Empire State of Mind.”